COVID-19 Update: We are currently open and taking precautions. All our technicians wear mask and gloves when we visit your place and do our best to take responsibility to uphold our duties during the job.
Wasp Removal Melbourne | Wasp Nest Removal & Control Melbourne 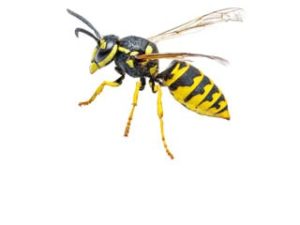 Have you ever experienced painful stings of wasps? Wasps are a group of insects that have some resemblance but have distinguished characteristics than ants and bees. Apart from being helpful for the biological environment, these creatures create a nuisance and can be a threat to people nearby. Wasps are very aggressive and sting repeatedly. These creatures inject venom that causes several health issues and may require medical assistance. There are more than ten thousand species of wasps and get categorized into two groups, i.e., solitary wasps and social wasps.

Solitary wasps prefer to live alone while the social wasps live in colonies. The wasps build nests anywhere including wall cavities, roof spaces, attics, and any other spaces not exposed to water. If you find a wasp moving on your property or premises, there are probabilities of finding wasp nest nearby. Never take a chance to disturb the Wasp Nest! The wasps could attack you in large numbers. The stings are painful but the effect doesn’t last longer or create any major health complications, but it is not safe to ignore stings from a group of wasps or if you have sensitive skin.

You must have an idea about the health issues caused due to wasp stings. You need to look out for the symptoms of wasp infestation as detecting wasp infestation in early period will be helpful in controlling the situation before it turns serious. You must also have an idea about the common species of wasps found in Australia. You will find several DIY products for Wasp Pest Control but implementing your DIY skills to fight the stinging creatures could be risky without following proper safety measures and treatment rules. The best way to stay protected from the wasp stings and the nuisances is appointing a professional team of Wasp Removal. Getting the expert’s pest control services has advantages, and you don’t need to deal with the stinging insects.

Things to Keep in Mind While Controlling Wasp

Most people often confuse wasp with bees; however, they are quite different. But at the same time they have very similar characteristics of a bee. They resemble a bee from behind and have an ant like face. Wasp have a tendency to sting and if not attended on time can be quite dangerous.

Wasp infestation can be very dangerous as they live in colonies and work in colonies. They believe in building relationship and love to live together and safeguard their nest. Therefore, if you are looking to get rid of a wasp nest then it is highly advisable to seek professional help.

Wasp control involves many things which should be kept in mind while performing the operation. Professional pest control agencies are well informed of all these as they are qualified and have many years of experience in their field. One of these points to remember is that the wasp builds their nest in summers and are the most active during those days when the weather is warm and the days are long, however during winter they like to rest and kind of hibernate. Therefore, it is best to clear out the nest during winters and better not to disturb during summers.

Wasp unlike bees are quite aggressive and may sting even when not disturbed. Therefore, one of the best ways to wasp control is relocation while wasps are unconscious. Professional pest control agencies make use of various kind of chemicals to make them inactive when they have to conduct the procedure of relocation of their nest.

Other than that, they also make use of all the protective provisions, such as covering their face with a guard, wearing sting proof clothes, applying ointments and creams which acts as a repellent. While targeting wasp control it is very important to keep in mind that the person performing the procedure is not allergic to wasp stings and not allergic to ointments and creams which needs to be applied. If so, it is best to choose somebody who can deal with it effectively.

Since wasp look like bees, therefore do not get confused with bees and unknowingly deal with them like you deal with bees. A word of caution is that honey bees still might not be that dangerous but wasp is very dangerous and no DIY method or techniques should be used.

What Makes Wasps Come To My Home?

They get attracted to sweet-smelling flowers and feed on things like sugar, apples, and fruit juices entice them and would make them visit your home. So, ensure to keep those containers tightly sealed. If you are throwing an outdoor cocktail party, clean up the yards and the food spills as soon as possible.

Where Do Wasps Come From?

Usually, they would like to make their habitat in dense gardens. If your garden is overgrown, ensure to trim them and plant natural repellents like peppermint and eucalyptus, they dislike the smell of these herbs and avoid entering your home. When you suspect their presence, ensure to check your house for any crevices or holes and your indoor garden area.

What To Do When My House Is Infested With Wasps?

Will Removing The Wasp Nest Be Helpful?

How Do I Spot Their Nest?

Before you step to remove the nets, you must know who you are dealing them. As there are nay varieties, it can be hard to identify. The yellow wasps nest will be like a paper nest with a distinctive paper-like casing with small openings. Hornet wasp nests have a single opening at the bottom through which they enter. They usually build their nest near the broken window where they have easy access to the outside.

Where Do They Build Their Nests?

Normally, they build their nests in areas including, around bushes or trees, under eaves, under exterior fixtures, around the door and window frames. They will look for locations that are left undisturbed.

Should I Call A Wasp Control Service?

Yes. It is always the best to get the help of professional wasp control services for they can provide accurate and long term relief from dangerous wasps.

Wasp stings get common in warmer months! The stings are painful, but most

Wasps can be deadly if they infest your residential or commercial

You will find various insecticides and pesticides in the retail market

Areas We Inspect and Treat

Enviro Safe Pest Control boasts to be one of the leading pest controllers in Australia.

Things We Should Know

If you start searching for wasp pest control experts online, you will get a list